Matcha green tea is made of powdered green tea leaves and is used traditionally in Japanese tea ceremonies.

Unlike regular green tea, matcha tea leaves are grown in the shade and consumed by grinding the tea leaves into a powder and whisking it with hot water. These methods result in matcha having a significantly higher amount of caffeine and nutrients than regular green tea.

We’ve discussed some of the health benefits of matcha green tea below and the scientific evidence supporting the claims.

The most commonly occurring polyphenol type in green tea is the catechin family of compounds. These include epicatechin, epigallocatechin, epicatechin-3-gallate, and ECGC. 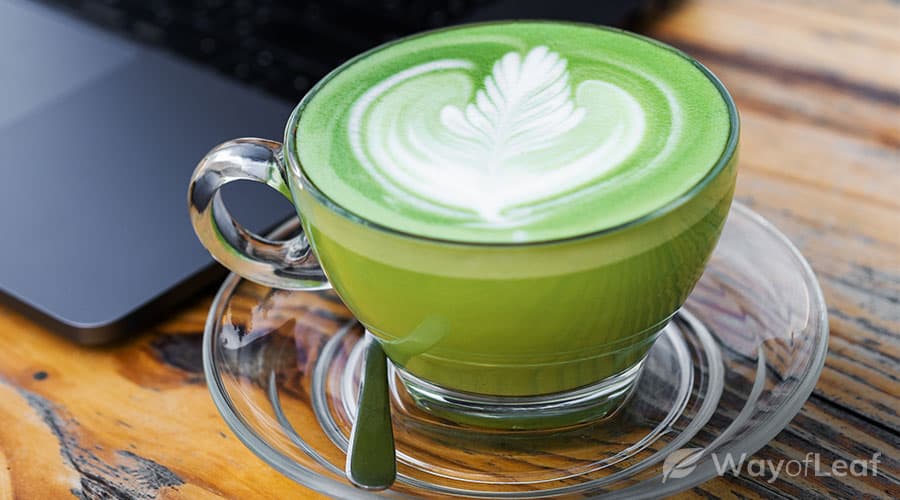 As well as polyphenols, the health benefits of matcha can also be explained by its high content of L-theanine, an amino acid known for its relaxing effects.

There is some evidence suggesting green tea could help people lose weight and maintain a lower weight.

One study looked at the effects of matcha green tea on fat oxidation during light exercise in women. Fat oxidation is the scientific term used to describe the process of burning fat.

The high content of caffeine could in part explain matcha’s effect on burning fat but the polyphenol content also likely plays a role.

Scientists have also demonstrated extracts of green tea increase fat oxidation both during moderate-intensity exercise and during rest.

Studies have highlighted how caffeine increases fat oxidation during activity, meaning the high content of caffeine could in part explain matcha’s effect on burning fat. However, since decaffeinated green tea can increase fat oxidation, the polyphenol content of matcha also likely plays a role.

Alongside fat oxidation, green tea may also help aid weight loss by increasing levels of leptin – a hormone responsible for telling the brain enough food has been eaten, which creates the feeling of fullness. However, the evidence for this claim is mixed.

Atherosclerosis is the formation of plaque that occurs in blood vessels following a build-up of cholesterol and other fat molecules.

The fatty plaques cause blood vessels to narrow, which reduces blood flow and decreases or potentially blocks oxygen delivery to essential organs inside the body. These effects can lead to stroke and heart failure.

Because matcha green tea helps burn fat molecules, it may decrease the risk of atherosclerosis and resulting heart complications. As evidence for this claim, scientists showed that supplementing water with green tea extract in mice reduced fat levels in their blood vessels.

In line with this evidence, a meta-analysis found that individuals who consumed at least three cups of green or black tea every day had a significantly lower risk of stroke than those who drank one or less.

Related article
Looking for the Best CBD Tea? Here Are Our Top Picks

What do the top brands have on…

As well as decreasing the risk of atherosclerosis, researchers have found green tea can help improve heart health by increasing the function of the endothelium. The endothelium is a thin layer of cells of blood vessels that regulate blood flow, blood clotting, and immune function.

In one experiment, researchers gave mice EGCG and found it improved the mice’s endothelial function and decreased the level of damage in the heart following a heart attack model.

Another reason matcha may promote heart health is by decreasing inflammation – a contributing factor to damage in the heart.

To highlight the effects of green tea on inflammation in the heart, scientists showed that rats exposed to cigarette smoking showed higher inflammatory marker levels in their hearts. However, inflammation levels were decreased if scientists had prior supplemented rats with EGCG.

A study on 23 participants demonstrated that matcha-containing snack bars or tea improved the participants’ performance on various cognitive tasks, measuring their speed of attention and working memory.

The effects of matcha on cognitive performance may be partly explained by its high concentration of caffeine, which is known for its alarterness-boosting effects. L-theanine found within matcha may also play a role.

Components in matcha tea may be neuroprotective against harmful effects of stress on the brain.

As well as cognitive effects, matcha may also have positive impacts on mood. Long-term L-theanine has been found to decrease symptoms of both anxiety and depression in patients with major depressive disorder (MDD). In rodents, matcha tea powder can reduce anxiety-like behavior.

Components in matcha tea may be neuroprotective against harmful effects of stress on the brain. For example, scientists have found EGCG can reverse some of the dangerous cellular reactions caused by the stress hormone cortisol.

Matcha Is High in Antioxidants

Antioxidants are molecules that reverse the effects of oxidative stress. Oxidative stress is when highly reactive molecules called reactive oxygen species (ROS) cause a series of harmful reactions inside cells.

Scientists have also highlighted that caffeine can also have antioxidant effects.

Matcha May Help Protect the Liver

The liver has many vital functions, such as removing fat and waste, storing important nutrients, and regulating blood pressure. As such, maintaining a healthy liver is critical for health.

Non-alcoholic fatty liver diseases (NAFL) are among the most common of liver diseases and are generally caused by a build-up of fatty deposits in the liver, leading to inflammation and oxidative stress. Because compounds in matcha green tea have fat-removing properties and antioxidant properties, matcha may be useful in protecting the liver. 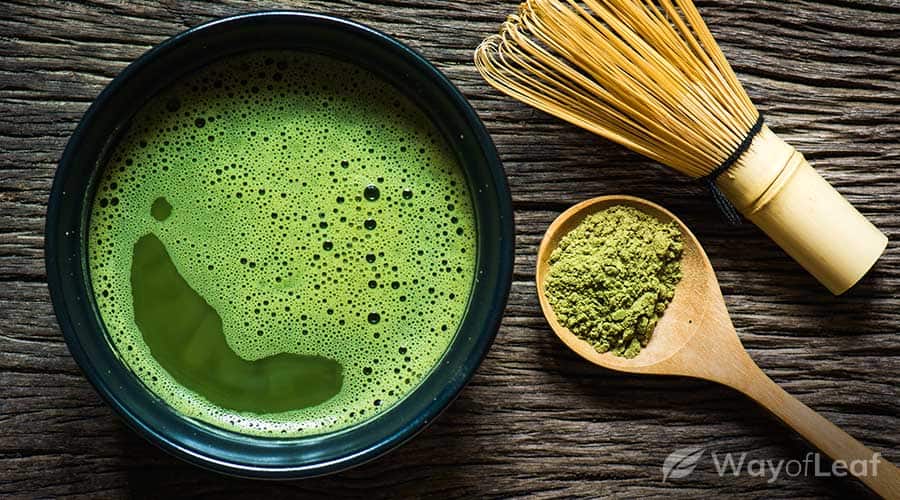 Furthermore, data analysis studies have an association between drinking green tea and lower levels of hepatitis (an inflammatory liver disease) and liver cancer.

However, it’s important to consider the data analysis studies are correlative and not causative, so other factors, such as lifestyle, may have a greater influence over liver health than green tea.

In contrast to the above evidence, although rare, multiple case reports have linked acute liver failure to consumption of green tea.

To explain green tea’s toxicity in the liver, scientists investigated different compounds in green tea on liver cells. They found ECGC caused damage to the liver cells’ mitochondria, the powerhouse of the cell, leading to the formation of ROS.

Therefore, in some cases, matcha green tea’s antioxidant and beneficial effects could be canceled out by its prooxidant effects in the liver.

Summary on the Benefits of Matcha Green Tea

The high density of nutrients means matcha green tea has many health benefits.

Because matcha is in powdered form, it’s easy to add to your diet as it can be made into teas and smoothies and added to baking ingredients.

Although rare, matcha green tea could potentially have harmful effects on the liver, so as with all supplements, it’s important to consume in moderation.

Related article
Caffeine and Marijuana: Are they a Good Mix?