A supplement named dynamine methylliberine is marketed as a means of temporarily boosting energy levels similar to caffeine, but without the associated crash.

Dynamine methylliberine effects have a rapid onset and can potentially enhance mood, motivation, energy, and focus. Additional dynamine methylliberine benefits include mental alertness, improved athletic performance, and reduced stress and fatigue. However, it is a controversial ingredient that’s now banned in at least one country.

This article looks into dynamine methylliberine’s benefits, effects, and legality. It also looks into its safety profile and checks out what users have to say about it.

Dynamine methylliberine is an ingredient created by a British-based firm named Compound Solutions. The company has trademarked the supplement as Dynamine, and it contains no other ingredients. Also known as methylliberine, it is a pure alkaloid found in the Kucha tea leaf in significant quantities. There are also small amounts in yerba mate, cocoa, and Robusta coffee. 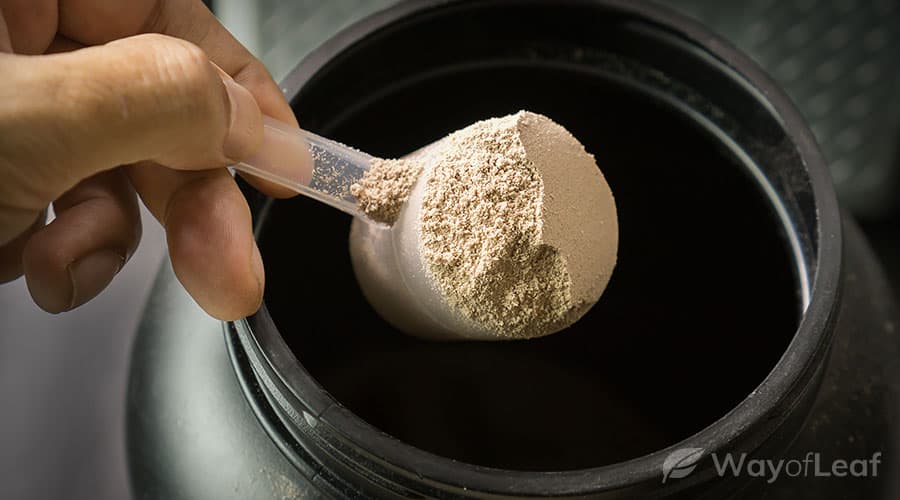 Coffee is the best-known source of caffeine. However, there are other sources, such as the kola nut. Caffeine itself is part of a group of compounds called xanthines. Methylliberine is a uric acid derivative of xanthines. Anecdotal reports suggest that it is more impactful than other xanthines, particularly when boosting someone’s mood.

Dynamine’s molecular composition is 2-methoxy-1,7,9 Tetramethyluric acid. This formula seemingly enables it to cross cell membranes easily. The result is a high level of absorption. One of the main reasons people use methylliberine is that it provides a fast-acting energy boost lasting for a few hours. It could also boost the metabolism, leading to quicker fat loss and a nootropic effect that boosts cognitive function.

All of the above are reasons why Dynamine has become a popular pre-workout supplement.

How Does Dynamine Work?

According to Compound Solutions, Dynamine works by acting on adenosine and dopamine.

Our brain continuously releases the neurotransmitter adenosine during wakefulness. Levels build up during the day and cause us to feel tired. Adenosine peaks at night and forces us to sleep. As we sleep, adenosine levels decrease and almost reach zero by morning when we wake up. Then the cycle repeats each day.

This process ensures that users develop less of a tolerance to Dynamine than caffeine. As a result, they don’t need to increase the dosage over time to get the same effects as before.

Methylliberine also inhibits dopamine reuptake by blocking dopamine transporter proteins. These proteins assist in bringing dopamine into the cells, where it is stored and used later on. Dopamine is linked with improved mood and feelings of happiness. It plays a crucial role in various cognitive actions, including memory.

We must point out that dynamine methylliberine benefits are anecdotal due to the relative lack of studies on humans. Nonetheless, here is a list of potential benefits of this supplement. 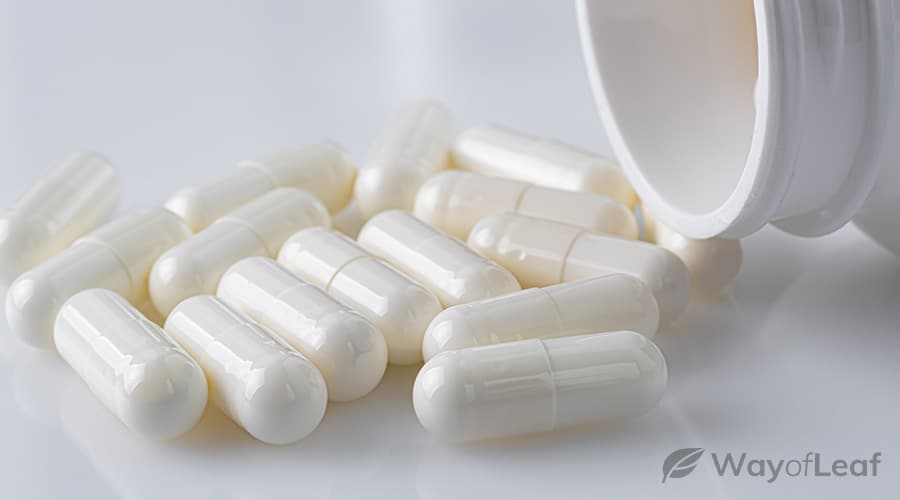 Most people use Dynamine as a pre-workout supplement and take it 20-30 minutes before training. There is no standard dose, yet many people taking it before a workout consume 200-400mg. Those seeking an early morning pick-me-up are potentially better served using 50-100mg. Ideally, a user will try a small amount at first and increase gradually.

The practice of stacking dynamine methylliberine with caffeine and TeaCrine is becoming more popular. This is due to the apparent increase in benefits felt when combining them. Let’s look into this process in greater detail.

Pairing Dynamine with caffeine is potentially a good option for people who tolerate caffeine well. Dynamine could increase the duration of caffeine’s effectiveness while also reducing the jittery feeling associated with excessive coffee consumption.

Compound Solutions also developed TeaCrine. According to the company, TeaCrine also improves mood and motivation while boosting energy and cognitive function. It takes up to two hours to take affect, but users could feel the benefits for up to eight hours, as seen in the chart below.

Compound Solutions suggests that Dynamine and TeaCrine work well together and provide information on combining the two.

In theory, users benefit from the fast-acting effects of Dynamine, while TeaCrine ensures the beneficial effects last longer.

Related article
Caffeine and Marijuana: Are they a Good Mix?

Research from Compound Solutions suggests that dynamine methylliberine effects are amplified when combined with caffeine and TeaCrine. It performed a study showing that using caffeine in conjunction with Dynamine doubled its half-life. Adding TeaCrine to the mix tripled caffeine’s half-life. However, one must contact the company to get full details of the study.

The study showed that caffeine didn’t alter the pharmacokinetics of Dynamine. One possible reason is that Dynamine permits a smaller amount of caffeine to block adenosine receptors. This process enables users to benefit from caffeine’s effects without having to increase their intake of that particular substance. In the graphic above, you’ll notice that the caffeine dosage doesn’t increase, but its effects do when combined with Dynamine and TeaCrine.

Research into dynamine methylliberine remains fairly limited at present. However, there are some relevant recent studies.

A study published in the Journal of Toxicology in 2019 looked into methylliberine’s effect on rodents. In the 90-day study, researchers administered six different doses of the compound to rats ranging from 0mg/kg of body weight per day to 225mg/kg. Ultimately, the researchers found a no-observed-adverse-effect-level (NOAEL) for female rats at 225mg/kg a day and males at 150mg/kg.

Another study, published in Medical Research Archives in 2020, looked into the effects of a single dose of Dynamine, TeaCrine, and caffeine and a combination of them on a group of 12 human subjects; six male and six female. The researchers found that methylliberine, whether taken by itself or in conjunction with the other two compounds, did not lead to any significant increase in blood pressure, heart rate, body temperature, or respiratory rate in healthy adults.

Finally, a study published in Nutrients in 2020 analyzed the safety of short-term usage of Dynamine by itself and combined with TeaCrine in young adults. After four weeks of supplementation amongst 125 volunteers, the researchers discovered no adverse effects on blood biomarkers and cardiovascular function.

In 2019, Dynamine received Generally Regarded as Safe (GRAS) status. The GRAS dose is set at 105mg, which means it is also considered safe at 100 times that amount.

A curren clinical trial into the effects of Dynamine, TeaCrine, and caffeine on law enforcement could shed new light on the efficacy and safety of these compounds.

At present, you can purchase Dynamine in most countries. It is even available on Amazon.com. However, even though its creators hail from the UK, it is a little trickier to source it in Britain, even though it remains legal.

It is a different story in Australia, where dynamine methylliberine is officially illegal. The Therapeutic Goods Administration (TGA) regulates the Australian supplement industry. As of November 30, 2020, it is illegal to purchase or use dynamine methylliberine in the country. This resulted in dozens of supplements containing the ingredient getting removed from the shelves.

The TGA cited safety concerns as the reason for the ban. It said that Dynamine has ‘an unknown safety profile’ and contains ‘synthetic caffeine additives.’ Although research to date suggests Dynamine is relatively safe, further studies are required. It is interesting to see if other countries follow Australia’s lead by banning the ingredient until its safety profile is properly ascertained.

Overall, dynamine methylliberine is a potentially exciting supplement that could boost energy, improve mood, and provide a nootropic effect that enhances cognitive function. It is already immensely popular as a pre-workout supplement, but users also consume it in the morning. Dynamine could offer many of the benefits of caffeine, with a longer duration and fewer adverse effects.

However, research into Compound Solutions’ new product is quite limited at present. It is seemingly safe to use for up to four weeks, and it has achieved GRAS status. However, we know little about its long-term effects. Indeed, the ingredient is now banned in Australia, and we wait to see if any other countries prohibit Dynamine.

For now, those looking to try dynamine methylliberine should do so with caution.