Written by Patrick Lynch, M.A.
7 min read
0 comments
Read Later
This article may contain links to some of our affiliate partners. These are brands we trust and brands we feel represent the highest quality standards. When clicking links, we may earn commissions to help support our site. Learn more by reading our full disclaimer.

The growth of the nootropics industry is intriguing but is also a cause for concern, according to some medical experts. These so-called brain-boosting supplements could offer various benefits, including improved memory and mental capabilities.

There are countless nootropics available on the market, each promising to give users a mental edge on the competition. This is why nootropics are so popular amongst college students and busy professionals.

However, the dangers of nootropics are not well known, particularly their long-term effects. Prescription drugs, such as Adderall, are designed for individuals with medical issues such as ADHD. Yet, the general use of these products for healthy individuals remains controversial.

This article looks into the issue of nootropic safety, answering the following questions:

We conclude by providing tips on how to choose a safe nootropic product. Let’s begin.

How Do Nootropics Work?

Also called cognitive enhancers, nootropics are drugs used to help increase mental alertness, improve memory, and maintain concentration levels. There are prescription nootropics such as Adderall designed to help with symptoms of conditions such as ADHD. However, individuals with no medical conditions also use these smart drugs to boost academic or work performance. 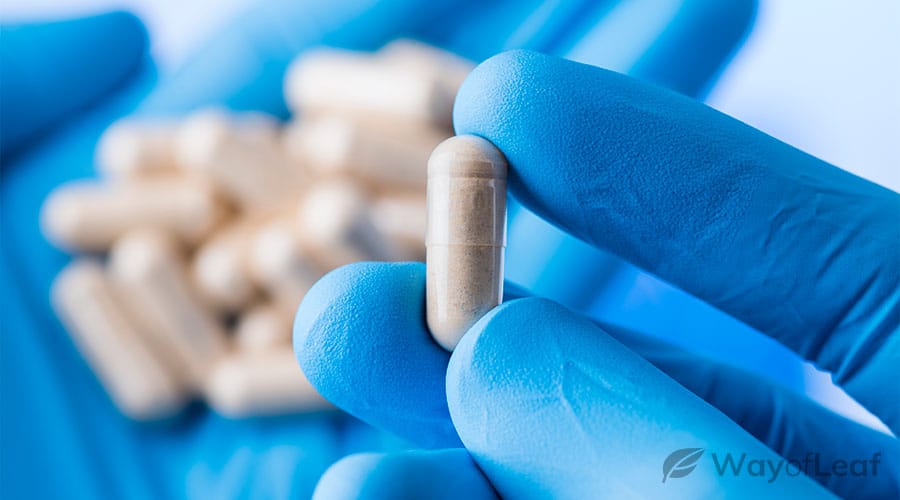 Understanding how nootropics work requires us to quickly look at the human brain, which has a significantly more developed cerebral cortex than other mammals. Our cerebral cortex contains approximately 100 billion neurons in a network attached from cell to cell. This is what enables us to think abstractly.

Research is still ongoing with regards to the precise way that nootropics stimulate the mind. A study published in Frontiers in Systems Neuroscience in 2014 suggests nootropics increase blood flow to the brain, thus allowing the brain to use more oxygen.

Nootropics target the central nervous system (CNS). These drugs work with our neurotransmitters to boost faculties such as stress adaptation, memory, and concentration. They could optimize neurotransmitters in the following ways:

Nootropics like Adderall boost the effect of neurotransmitters like norepinephrine and dopamine. Meanwhile, armodafinil promotes a neuroexcitatory effect, which helps improve wakefulness.

We can divide nootropics into the following categories and examples:

The definition of a nootropic entails that the compound must be safe. However, medical experts are voicing their consternation over the possible dangers of nootropics. Sarah Benson of Swinburne University in Australia has been researching these cognitive enhancers and doesn’t like what she sees.

While nootropics tend not to have negative side effects when used correctly, the process of stacking them is potentially problematic.

She asserts that while nootropics tend not to have negative side effects when used correctly, the process of stacking them (combining several nootropics) is potentially problematic. There is generally very little research into these combinations, which means their effects on human health remain unknown.

To date, there is limited research into the long-term effects of nootropics. Psychology Today reviewed 165 human-controlled studies on 77 nootropics for the Nootralize app. There were over 7,100 experimental group participants, but no serious adverse effects were recorded compared to placebo groups in the studies. However, the research did note minor effects such as anxiety, dizziness, and gastrointestinal (GI) symptoms.

In addition, there is evidence that even in apparently safe nootropics, side effects can occur.

Researchers analyzed the effects of nootropics in four case studies. Published in Innovations in Clinical Neuroscience in 2015, the research suggested that the drugs caused psychiatric adverse effects. Drugs such as citicoline, ampakines, armodafinil, and piracetam caused side effects such as:

This is a concern because a growing number of supplements include citicoline and other nootropics as active ingredients. However, it is important to note that the individuals in the case studies have conditions such as anxiety and OCD. Also, all four had some type of psychiatric history. While this indicates that people with similar issues best avoid nootropics, there is less evidence to suggest they are harmful to otherwise healthy users.

Related article
What Are the Best Nootropics on the Market?

A study published in the Journal of Addiction Medicine reviewed the findings of an anonymous online survey of over 9,400 university students. The researchers found that “nonmedical use of prescription stimulants was associated with lower grade point averages.” The use of such nootropics also increased the likely use of other illicit substances, not to mention a greater chance of engaging in risky behaviors.

In general, prescription nootropics can cause adverse effects such as:

Synthetic compounds, while less potent than prescription nootropics, can cause similar side effects. What about natural nootropics? Surely, they are relatively safe? Not necessarily.

Those looking for safe nootropics tend to gravitate towards the range of natural supplements on the market. Products such as Mind Lab Pro and Qualia Mind include ingredients such as:

There is some evidence that each of the above ingredients can enhance cognitive function. Theoretically, combining them in a stack via a supplement should provide even greater effects. However, as Sarah Benson pointed out, there is little information on the efficacy or safety of stacking nootropics. Even advocates of the process acknowledge it is best performed cautiously and with guidance.

She also noted that clinically tested nootropics are not always identical to what a consumer purchases. This brings into focus another major issue when answering the ‘are nootropics safe?” question.

The Trouble with Nootropics Regulation 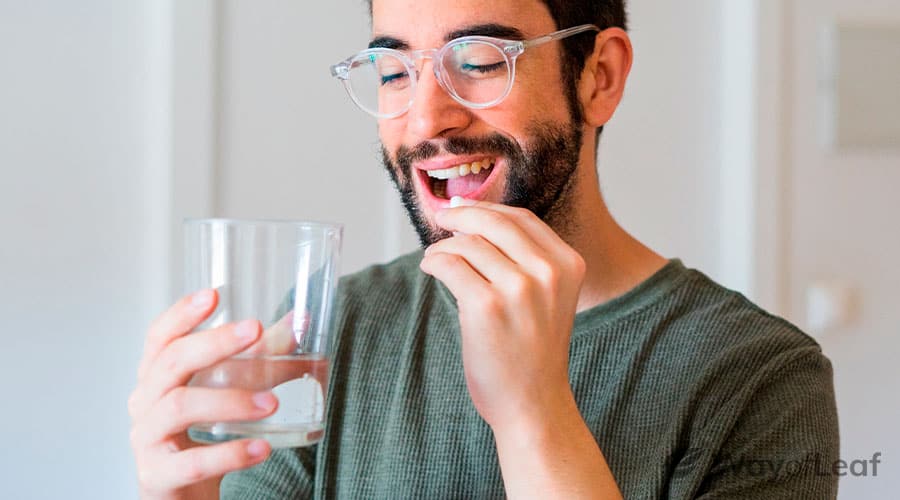 A nootropic supplement is only as safe as the process that creates it. With minimal regulation and oversight, there’s no telling what one can find in a product.

The fact they aren’t FDA-approved doesn’t mean these drugs are guaranteed to be dangerous. Indeed, some are used in Russia, China, and Germany to treat traumatic brain injury, cognitive impairments, and stroke. However, there isn’t enough research available to classify these drugs as safe for use in the United States.

Some of them are linked with adverse side effects. For instance, phenibut could result in:

In two of the supplements analyzed by the study above, the label didn’t list phenibut and picamilon on the label. The researchers also found that the drugs in the supplements were present in higher doses than if legally prescribed by a doctor.

It is an issue unlikely to go away any time soon. A 2018 paper published in JAMA found that the FDA identified 776 adulterated supplements but only issued voluntary recall letters for 360. This means over 400 remain on the market. So, what can consumers do to use nootropics safely?

At WayofLeaf, we will continue updating our nootropics section to provide the most up-to-date information on these drugs. However, we also urge consumers to follow these tips to increase the chances of buying safe nootropics.

Human clinical trials remain the best method of showcasing a nootropic’s safety. Stick to nootropics tested in a clinical setting over a long period. Look for brands that have studies of this nature to prove the safety and efficacy of their products.

Learn what other users think of a nootropic, and don’t rely on the reviews on a company’s website since they aren’t always reliable. If you can’t find many reviews on a product on third-party sites, it is wise to be wary.

The best nootropics clearly state the quantity of every ingredient. Avoid formulas that rely on high levels of caffeine and other stimulants. Otherwise, the product could cause a sudden and unpleasant crash. Top brands carefully select their ingredients to avoid interactions, focusing on natural ingredients with excellent safety records.

Even nootropics filled with high-quality ingredients can become unsafe if created and packaged in a low-grade manufacturing environment. To achieve GMP certification, companies must:

Battle of the nootropics…

Beware of supplements featuring filler ingredients that don’t seem to do anything useful. Every ingredient in a nootropic must serve a purpose. Also, avoid products with food dyes as they can have neurotoxic risks. Meanwhile, artificial preservatives can disrupt the GI tract’s microflora and negatively impact brain function.

There is also a possibility that certain supplements contain gluten and soy, which may trigger allergic reactions in some users.

Use the Recommended Serving Size

If a brand recommends using two capsules a day, don’t use three or four as this process only increases the risk of adverse effects.

Think Before You Stack

Combining several nootropic supplements is a bad idea. There is little evidence to prove that stacking is safe. The more ingredients you consume, the more likely it is that a bad reaction will occur.

Cycling nootropics involves using a product for a certain period then stopping. This process provides the brain with a much-needed break before being exposed to further smart drugs.

Speak to a Physician

Don’t use any nootropic without consulting a doctor. This is especially relevant advice for anyone using a prescription drug. It is also worth printing out a supplement’s label and showing it to the doctor.

Finally, pregnant women, minors, individuals with a serious medical condition, or people on brain-related medications should steer clear of nootropics.

The definition of nootropics suggests they are safe. Supplements featuring natural ingredients used sensibly could provide a brainpower boost without serious adverse effects. However, the lack of research means that even apparently safe nootropics don’t yet possess adequate scientific backing. Furthermore, the absence of meaningful regulation means that consumers must tread carefully when dipping into the market.

The absence of meaningful regulation means that consumers must tread carefully when dipping into the nootropics market.

Individuals with serious medical issues should avoid using nootropics unless the drug is specifically prescribed for that condition. The jury is out on whether healthy people should take nootropics and whether they are safe.

Anyone who insists on sampling a nootropic supplement must do research on the brand and the product’s ingredients before purchasing and using it. Then, use a small amount to gauge the nootropic’s impact and whether it causes side effects. Lastly, avoid stacking multiple nootropic supplements because the long-term effects of these drugs remain very much unknown.

5 min read
Join The Discussion
TOC
Premium
Your subscription has ended
If you love cannabis and want to support our site, join WayofLeaf Premium today and unlock
Best of all, part of your membership fee will go towards supporting the fight to legalize cannabis.
Sign Up for WoL Premium
Not now
I already have an account
×
Log in to Your Premium Account